If all those high school girls in Gloucester got pregnant because they thought it would be fun.... 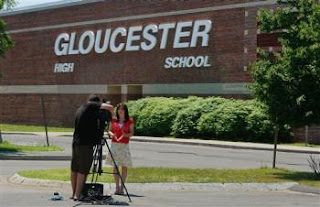 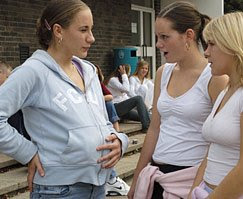 I'd say birth control is a few generations too late.

They're just sluts...what't the big deal? Didn't your high school have them? That's what abortion is for, to prevent these kids from having the burden of babies...Obama even said so!!

Why are these girls being punished?

In a March fundraiser, Barack Obama excoriated abstinence-only education with harsh language. “Look, I got two daughters – nine years old and six years old,” he said. “I am going to teach them first about values and morals, but if they make a mistake, I don’t want them punished with a baby.”

They just made some mistakes!!! Call Gloucester Planned Parenthood and tell them to plan to work late this week.

wat a bunch of fkn sluts i hate all the fkn teens who "accidently" got pregnant wat fuckers you dont get pregnant by mistake dumb sluts when you did it you were aware of the consequences so dont be cryn when you dont have the money to buy them fkn diapers or when your "soulmate" leaves you alone what fkn hoes didnt you ever hear a thing called CONDOMS????

whoever said that you shouldnt be burdened by having a baby from premarital sex is seriously disturbed. of course they should still have the baby & not have an abortion. if they did something wrong (premarital sex) then they should have the consiquence for those actions. & if they dont have the money for baby suplies there are always fundations for young teen mothers or any mothers with a lack of the money they need.